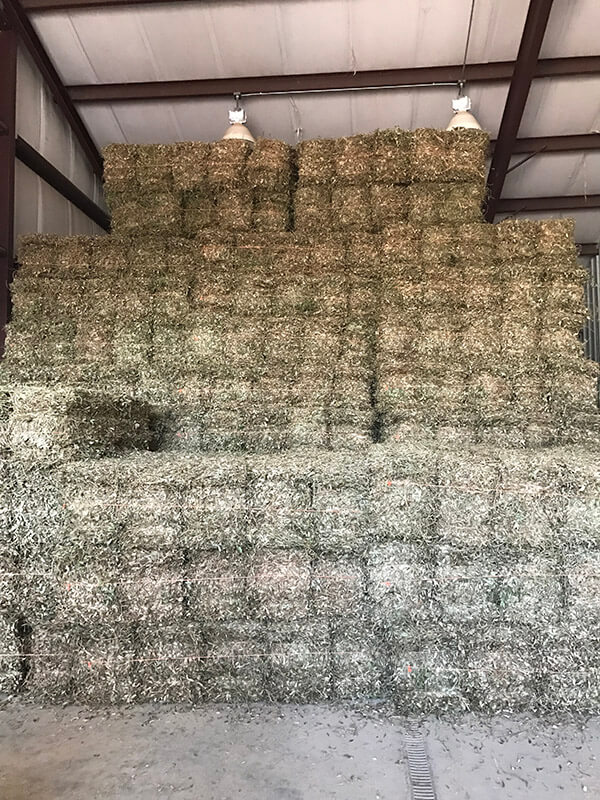 It’s no secret that farm people are some of the friendliest. We greet everyone who comes to Rockhill Farms with a big ol’ “hey y’all”, even though our mamas told us a million times that hay is for horses. But it turns out that mama was wrong about something after all, cause there are plenty more uses for hay than just horses.

Commonly known as “The Alfalfa of Florida”, Perennial Peanut Hay is a high-quality forage legume. Due to its high nutrients value and similar quality, perennial peanut is a great alternative for traditional alfalfa hay. This is especially beneficial for farmers and livestock owners in the southern regions, because perennial peanut grows best in the Florida Peninsula and across the Southern Coastal Plains.

Farmers use Perennial Peanut Hay for multiple purposes such as feed for horses, beef cattle, dairy cattle, goats, as well as wildlife such as deer and turkey.

Maybe mama was a little right, because horses go crazy for Perennial Peanut Hay. It has very similar amino acid, calcium, and phosphorus levels as alfalfa. It is also very easily digested, which makes it a popular feed choice in Equine.

For dairy cattle, Perennial Peanut Hay is a more profitable option compared to other types of feeds. It is normally fed as either hay, haylage, or greenchop. When used as silage, you can substitute up to 70% of corn silage for perennial peanut and still maintain milk production. Farmers have found that perennial peanut is more profitable when substituted for up to 50% of corn diet.

Beef Cattle are also fed Perennial Peanut Hay as a more profitable and economical feed option. The meat of cattle that were fed perennial peanut have similar taste,  juiciness and tenderness of meat from cattle who were fed in a feedlot. Most steers tend to gain on average 0.7 lbs per head per day with perennial peanut compared to bahiagrass.

Just like horses and cattle, Perennial Peanut Hay is a great alternative compared to alfalfa. Farmers have noticed a greater feed consumption as well as a greater weight gain and feed efficiency when they switched to perennial peanut. Its high Relative Forage Quality (RFQ) makes it a great option for pastures.

Other than making great feed for livestock, there are other non-farm animals that enjoy the taste of perennial peanut. Quality Deer Managers are beginning to switch to Perennial Peanut Hay to produce larger bucks and help the animals gain weight..